back to Politics And Ports 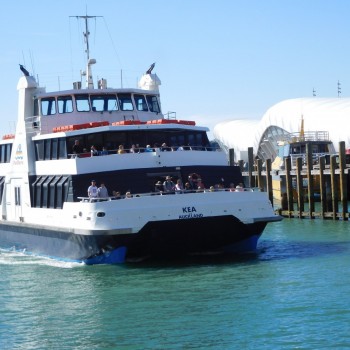 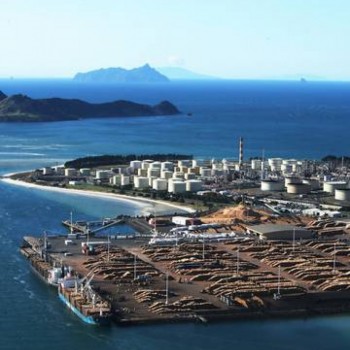 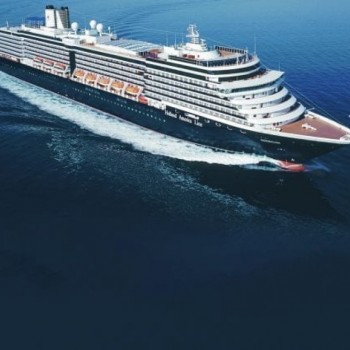 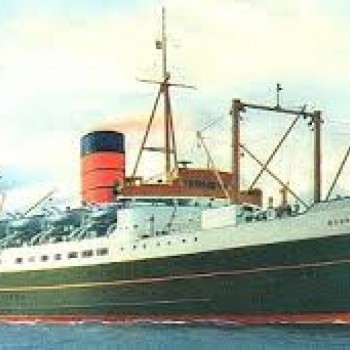 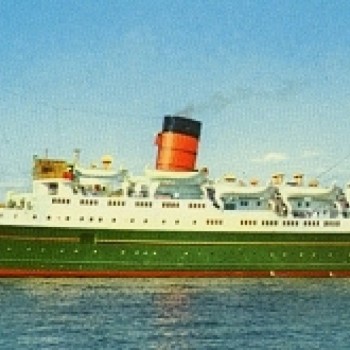 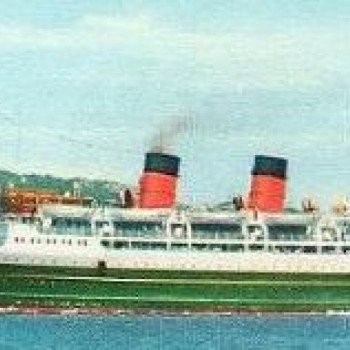 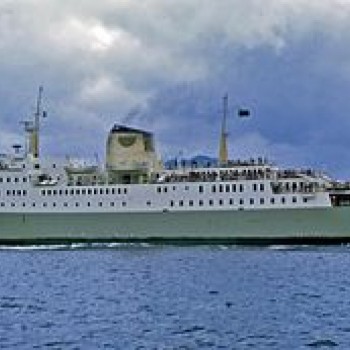 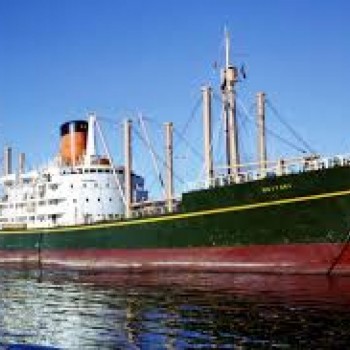 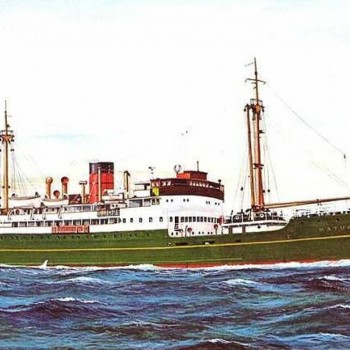 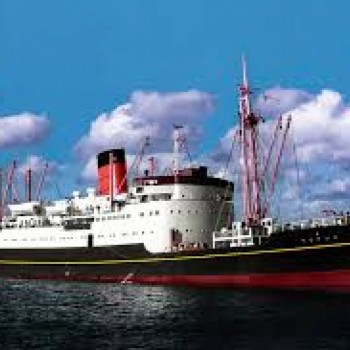 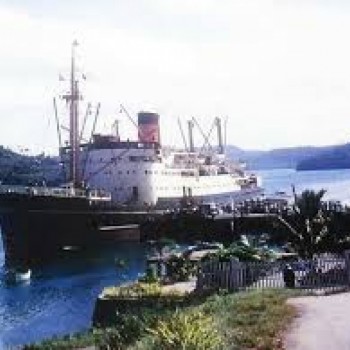 PORTS OF AUCKLAND - TO GO OR NOT TO GO?

Another $2 million wasted on another report, political infighting and grandstanding, reports to suit everyones prejudices, We need to inject some science into this matter.

1. Should the port be moved?

Ports of Auckland maintain that they will run out of space and capacity to handle Auckland's freight in about 30 years. Moving or extending a port is a massive operation and if it is to move we should be planning now as to where it would go, even though we do not yet know what shape the world will be in post covid and what new forms of technology will become available in the next few decades that will change the nature of transport.

Most Aucklanders want more of the commercial wharf space returned to the people for recreation, living and other activities. Ports of Auckland wanted to extend Jellicoe wharf into the harbour channel and quickly learned that that was not acceptable to the people. They then wanted to buld a totally unnnecessary dolphin at the end of Queens wharf and people power won again.

Now (19 June 2020) they advise that they are seeking consent to dredge the Rangitoto channel to a depth of 14 metres (at low tide) to cater for the new breed of mega container ships ('New Panamax') that can carry up to 12,000 containers (TEU), are 366 metres long, and have  a maximum draft of 15.2 metres.  They would have to enter and leave the port close to high tide if fully laden. The dredgings would be dumped off shore with considerable environmental damage.

The issue of car movements can be very easily sorted by operating a car carrying drive on - drive off train every 10 minutes between the passenger trains on the Eastern Line between the port and Wiri. It is totally practical, economical, and can move 5,000 cars a day.

If the port is to go where should it go?

I, and any one else I talk to who knows anything about operating ships in New Zealand, are adament that this is impossible owing to the dangerous entrance and bar. The local coastal shipping service serving Onehunga had major problems and at times had to wait off shore for days in rough before weather before transiting the entrance. How anyone could think this is a safe environment for huge container ships is beyond belief. I was involved in a  discussion group when the initial Port Future Study was being presented. When I raised this with some of the members they just said they realised there would be a number of days in the year when entry and exit from the port would not be available. How does that help efficiency and security of supply. Modern container ships operate to a timetable.. After the Port Future Study was presented I used the Official Information Act to request from Maritime New Zealand (the organisation tasked with ensuring the safe operation of ships around New Zealand's coast) copies of all correspondence, emails, contacts etc  between the Port Future Study Group and Maritime New Zealand in regard to the safe operation of ships at Manukau I was appalled to find there was none. Apart from the bar the Manukau would require a massive amount of dredging.

Forget Manukau - it is totally unworkable.

An option promoted enthusiastically by New Zealand First and some others in Northland is to shift the whole port operations to Marsden Port. This is in direct contradiction to the most basic of all rules of efficient transport services - keep the lines of supply as short as possible.  It would add congestion on the rail lines through Auckland City, extra cost and carbon emissions, and delays in delivery.

Forget Marsden Point as a viable option for shifting the whole port operation!

TAURANGA.
Tauranga currently has room to expand but will reach maximum capacity about the time Auckland is expected to move.

Using Tauranga or a combination of Tauranga and Northport is not an option.

FIRTH OF THAMES
There is in fact a perfect option if we wish to/need to shift the whole port. It was one of two Firth of Thames options identified in the Port Future Study and that is Waimangu Point. It has deep water close to shore (11-17 metres) and would require minimal dregding of an approach channel, if any.  The port would be built on an island constructed just offshore with  causeway to minimise water flow disruption. and it has easy access through the Ness Valley for a new highway and double track railway to South Auckland for getting freight directly into the industrial hub. It is far enough north of the Miranda Shorebird centre not to interfere with the breeding grounds (I have checked with them). However it will cost some billions, some of which would be offset by sale of the current port land. Also it will not be needed for another 30-40 years, however many Aucklanders would like access to more of the current port land in downtown Auckland much sooner.

The land at Waimangu Point and the corridor to South Auckland should be designated, and maybe even purchased, now to be available when needed.

WHAT DO WE DO IN THE INTERIM?

A decade or so ago I did an exercise for a group interested in operating fast container services across the Pacific from Sydney to North America and Europe via Marsden Point and Panama and from Asia to South America, also via Marsden Point.. It would have been a timetabled service with feeder ships providing connections from other Australian, and New Zealand ports. It would have been a major transit port and there is plenty of land for storage and sorting of containers..This showed considerable potential with both cost and time savings. Main distribution around New Zealand would have been by small container ship - the sea is there - it is free - it is uncongested -  it reduces pollution and emissions -  and it requires no maintenance!!

HOWEVER IT WOULD BE COMPLETELY WORKABLE AND VERY VERY COST EFFICIENT TO DO A VERY EFFECTIVE COMPROMISE.

1. Northport (Marsden Point) already have  570 metres of berthage and consented plans for another 270 metres which would cater for one large and 2 medium size container ships with up to 14.5 metre draft with minimal dredging. They should proceed.  It would allow better shipping of Northland products, cater for any Panamaxx ships that may want to come this way, and take any pressure off Auckland in the foreseeable future.

The $100 million plus designated to upgrade the rail line from Auckland to Whangarei is wise and should be expedited. However the use of coastal vessels for transfers should be implemented. It is well recognised that Auckland is primarily an import port and Tauranga an export port. A coaster servicing Northport-Auckland-Tauranga would be an effective, congestion reducing means of transport.

It is tragic and a blight on Auckland Council that Queens Wharf has not been turned into a fabulous people place. A design competition was held in 2011 and many creative ideas were produced, to be quietly buried by an incompetent and visionless Council. Pull those ideas out and come up with something better and have it ready for summer 2021.

Captain Cook wharf should be turned into the main cruise terminal, Marsden wharf finally taken out and it is totally possible to use the very underutilised Bledisloe container terminal for the public with Auckland berthage being confined to Fergusson, Jellicoe and surrounding wharves.

PORT OF AUCKLAND - TO GO OR NOT TO GO?

Dumb and Dumber - which is most stupid idea - running light rail down the narrow congested arterial Dominion Road OR moving the entire Port of Auckland to Marsden Point?

My credentials to comment on port matters - I worked for Union Steamship Company for 9 years, 3 years in their Christchurch and Lyttelton offices, and 6 years at sea. I learned a lot about about ships and their operation in those years which included  two years on the Wellington-Lyttelton service, 6 months on the Wellington-Picton service, 18 months on the Pacific Island service on the "Tofua", Matua", and "Taveuni" and 18 months to Singapore, Malaysia, India, Bangladesh, and Sri Lanka on the "Waitaki". I have spent around 8 months of my life (cumulatively)  tied up alongside Captain Cook and other wharves.

Other Politics And Ports 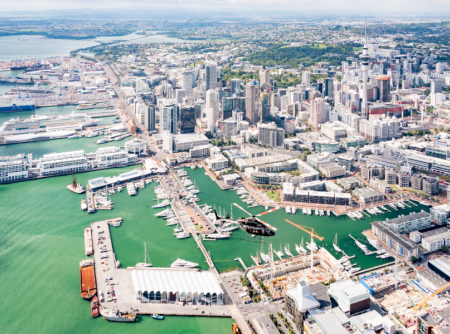 The new Auckland Council and Local Boards have been elected. What are the big issues for them to face? Will they deliver? 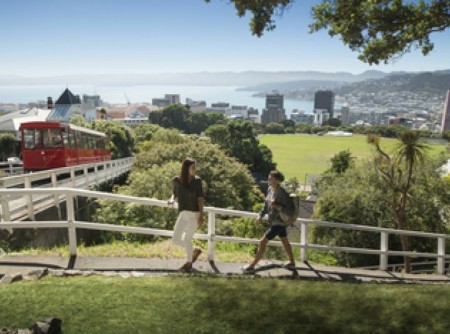 Where there is no vision the people perish. Righteousness exalts a nation but sin is a shame to any people.